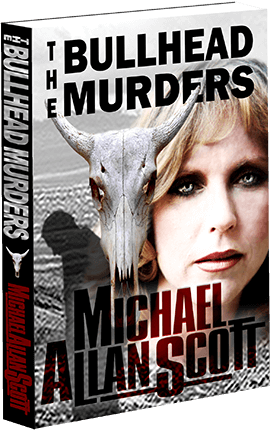 Wednesday before Thanksgiving on an American Airlines 737. Squeezed into a center seat in the tail section, Jena Halpern strains, scrunching her shoulders to keep from rubbing up against a sweaty, heavyset man in the aisle seat and a palsied septuagenarian with poor hygiene at the window. She finds herself apologizing repeatedly as turbulence jostles her arms loose to bump elbows with her fellow travelers. Luckily, it’s a short flight to Laughlin/Bullhead International. She heaves a sigh as the pilot announces their final descent. Conditions, sunny and dry, a cool sixty-three degrees. Wind out of the southwest gusting to thirty-five miles per hour.

Jena wrestles her carry-on out of the overhead bin to wait in the jammed aisle. She knew it was coming, she just didn’t know when. It must have taken a leap of faith for the Bullhead City Police to call. As predicted, they’re out of options, desperate. The policeman was courteous, if a bit standoffish. When she inquired as to how they came to her, he became flustered, offering long-winded, lame explanations. Typical. Almost comical if she had been in the right frame of mind. She took the case in spite of its high profile—she had to. She just wished they hadn’t waited so long. It has been more than a month since the most recent murder. Anything can happen in that amount of time. The policeman said he would meet her at the terminal.

Pushing through the terminal doors, Lieutenant Daniel R. Kropp isn’t sure what to expect. He imagines everything from a gypsy fortune teller to a voodoo witch doctor. As he scans baggage claim, she slips in front of him unnoticed. Ms. Halpern’s conservative dress and professional manner catch him off guard. He finds himself put off, as though she disguised herself to trick him. He guesses her to be in her late thirties, early forties, trim, plain-featured. Yet she possesses a subtly attractive quality. He isn’t quite sure, maybe a hint of vulnerability. Upon closer inspection, he wonders if it might be her eyes. Liquescent, pearl grey flecked with gold, they fairly shine as though she stands stark naked before him, completely exposed yet embarrassingly timid. Her open gaze captures him, holding him carefully, as though a dove in trembling hands. Clouds of skepticism briefly part before him. And for an instant, he grasps a fleeting idea—she is no charlatan.